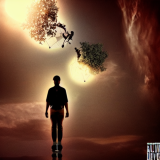 There's not quite a single person to blame for this, rather each bot developer must take responsibility for their own bot.


@Syraxes_
I have not shared any line of my code with anyone, the entire project is closed source. ishan recreated it himself using Selenium in C# and shared the source with Emiray, and possibly others.


Title says it all, there are like 3-4 bots now and they're against the rules now so just stop

Also just so you're all aware, ishan thought it'd be a good idea to give Emiray the bot code so hopefully Emiray isn't malicious anymore otherwise we can only hope he doesn't actually do anything with it

(not saying that to go against ishan or anything, but just to prepare the com)

Replied to thread: what are yall working on?


I'm working on test_bot2, the original bot for the global chat and the first bot that's actually good on WRD. ishan directly copied it in C# and made shadowbot but yeah.


seems pretty bad ngl, joined their server but the obfuscation seems like it can be easily deobfuscated

Some people here have already interacted with the bot and it's cool to see you guys having fun with it (using the !say command lol)

*Yes I know that the chat filter it provides can be easily bypassed but it still provides an extra layer of protection against WRD's filter, it's not perfect but it's working for the most part so I can't complain


You should come help out with ScriptSky, it'd also give you more knowledge in Python Webservers.


Should I expect this in my local bookstore lmao

Replied to thread: The only bot better than WeAreDevs-Bot


@Medusa
That's the goal of it, but as of now for testing it's only programmed to respond to one term. Once I hook it up to a database or scanner API, it'll be much more functional.

Created a new thread: The only bot better than WeAreDevs-Bot


If you were in the chat today you probably know test_bot2, I've programmed this bot to basically be a chat moderator and if you say anything that's in its one word database of "bad" words, then it'll kindly tell you that you've said a "bad" word.

Replied to thread: I MADE A BOT FOR THE GLOBAL CHAT


@Syraxes_
That's exactly why it won't get into the wrong hands, I was hesitant enough to show three lines of code

Created a new thread: I MADE A BOT FOR THE GLOBAL CHAT

Here's a little snippet of the code, literally 3 lines (I don't want to show anything else of the source so people don't copy)

A message sent by my bot (two actually):

So I need to know: what should I make this bot do? And, should I open source it?


I'm glad I could be inspiration! Good job on this!

Replied to thread: Should I make a siggy for the "#rexiformod" thingy?

I'm quite curious, why, and who do you think would be a good mod for this community?

Replied to thread: [REL] A simple web server hosted on your WiFi

I'm not trying to argue but, for a Flask developer, this is basically a slightly overcomplicated Hello World script. The most basic project I've released was a password generator- and I believe I was only the second person to do so. Even such code serves a better purpose than this, no offense. If you want to contribute to the forum, create something with this and then release it. Releasing what is again essentially a slightly overcomplicated Hello World script isn't very beneficial to the forum.

Also, the Flask server and code itself is hosted on your local machine, not the WiFi. That is what I am referring to.